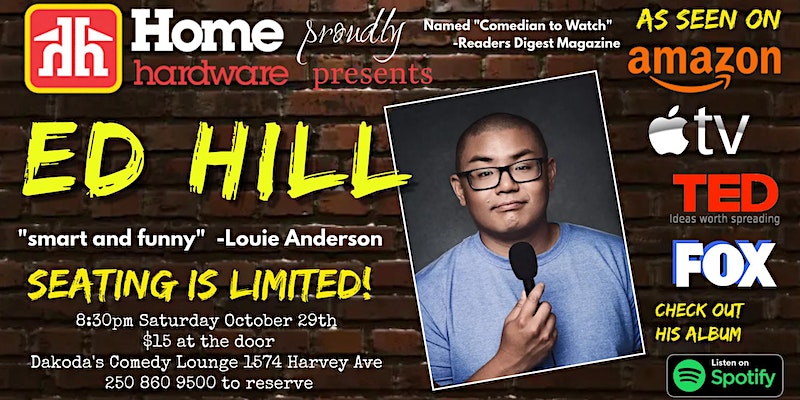 This is a must-see event at Dakoda's Comedy Lounge. Originally from Taiwan, Ed is an award-winning comic who moved to Vancouver, British Columbia, thinking he was on vacation at his father's discretion. In 2021, Ed became the first comedian of Taiwanese-Canadian descent to release a full one hour comedy special titled âCandy & Smileyâ with Comedy Dynamics. The special was named âTop 15 Comedy Specials of 2021â by Paste Magazine and âBest of 2021â by NPR Radio. The special is currently streaming worldwide on Amazon Prime and Apple TV. Ed has performed all over the world.

Ed's tweets have also been featured on "The Tonight Show with Jimmy Fallon", Buzzfeed, and The Huffington Post.

Thanks so much to Home Hardware for their generous support that makes this show possible.

$15 at the door - Reservation is advised

Tickets are available online at ShowPass