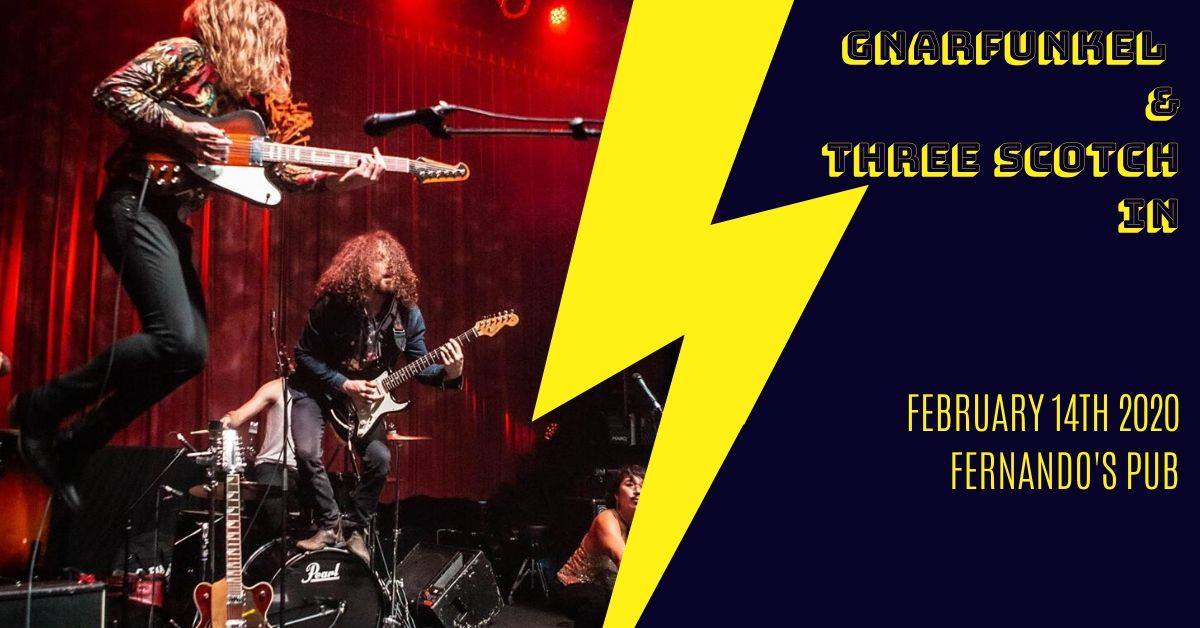 Gnarfunkel exploded onto the scene in 2019 with a reputation for raucously fun live performances that yielded a handful of sold out shows in Vancouver and tour dates throughout BC. These dates included Tofino, Victoria, Kelowna, and even a secret island in backwoods Squamish. Gnarfunkel also released their first two singles in 2019, recorded under the guidance of Juno-nominated producer Tom Dobrzanski. Collectively these two tracks, âPainterâs Blockâ and âTake Me to the Oceanâ have surpassed 10K streams online.
Lead singer/guitarists Tyler and Myles met at a party and bonded over their mutual love of engineering and Wreck Beach jams. Clark plays bass with a penchant for kooky grooves, while percussionist Sebastian hails from Colombia bringing a Latin precision. Gnarfunkelâs live shows are carefully curated journeys that typically begin with a violin-bowed 12 string guitar, include dueling guitar solos played behind their heads, funky saxophone, crooning harmonica as well as dancey tunes, pensive ballads and crowd sing-alongs.

-THREE SCOTCH IN-
Three Scotch In is a four-piece acoustic rock band proud to hail from the sunny Okanagan Valley of British Columbia, Canada. Not to be contained by genre, thesefour musicians pride themselves on their range of sound and style, both in their cover selection and originals, which are a delightful blend of bluesy, funky and almost folky, rock-radio songs. Wether in full band form, or stripped back to a pure and raw four piece of acoustic guitars, Three Scotch In is pure entertainment for any mood, at any venue or event.